P8N is an 18 year old singer & songwriter from the Music City of Atlanta, Georgia. Born on October 29th 2002, he started singing at the age of three and never stopped. He recently wrapped up his first major independent project & is now getting major label attention. He’s an obvious heart throb and captures audiences with his contagious energy on stage and his genre blending melodies mixed with his own dark R&B sound. He has an art of mixing his own emotions and experiences as a teenager into songs that are relatable to all ages. Across the board labels, producers, engineers and fellow musicians have unanimously expressed their excitement in working with him. He is set to begin new projects with 5x Grammy Award winning Super Producer and Emmy nominated Bangladesh and Platinum producer Kenny Bartow. His much anticipated first single Alive is the perfect blend of dark, haunting and euphoric vocals mixed with a hard beat. He spans genres bringing listeners on an ear bending journey through R&B, pop and a fusion that includes his own cultivated signature sound. With hit after hit set to release, fans can expect the unexpected from this talented and refreshing new artist. 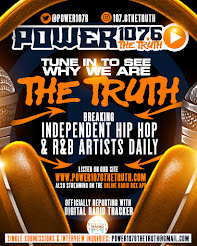